A short Video from Sarawak

Well the weather did fine up for us but we have been struggling to find any birds.  On the second day we drove about 45 minutes to Kubah National Park first which has actually been extensively logged so no really big trees and hardly a peep to be heard. Because it had been raining we stayed on the road going up to the summit but it still was very green with moss but it gave us a really good view of the forest as we walked up and we did hear a few birds and saw a couple of drongos . On the way back down we walked on one of the tracks instead and it was still tree roots and slippery rocks, it seems to be the same terrain wherever we go. There was no cafe here but we had seen a couple on the way in, one was on top of a rubbish tip…..yes really and the other one didn’t look to bad. We had to share an iced lemon tea as there was nothing else except for Pepsi and we had a choice of 4 meals so we picked some noodle dish with some type of crumbled meat in it but couldn’t actually tell you what it was. But the flies there were just crazy, I don’t know why, maybe from all the rubbish but we just gobbled our noodles and high tailed it out of there. 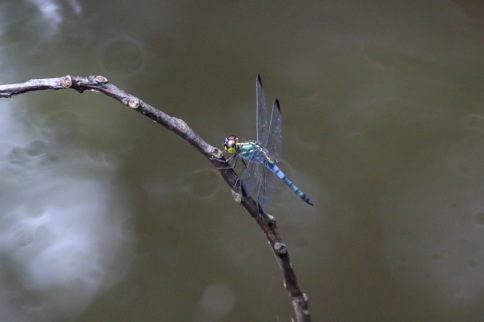 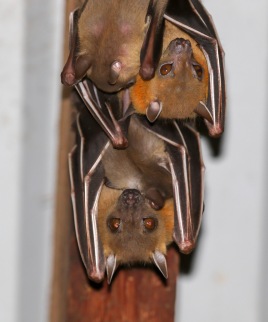 Yesterday we went to Bako National Park which involved another 45 minute drive in the opposite direction. We were lucky to get one of the last car parks at the jetty area, very busy place and we had to get a boat from there up the river to the  NP. We were expecting it to be busy as it sounds amazing and there is the best chance to see proboscis monkeys there. Well you could hardly move at ticket box, people just en masse. I had to go to the loo and sadly had to leave Anthony to organise boat tickets in that mayhem…..actually he normally turns to jelly in big crowds so I was expecting to come back and he maybe wanted to bail out, but he thought it’s either deal with this or we are back on the highway. I couldn’t believe it but he had it all organised……(typical Borneo) he had to register us at one booth, get tickets at another then go back to the original booth to organise a driver for the boat, I kid you not there were around 20 boats waiting for all the tourists to get their paper work in order. We were suppose to stand in one spot and wait till they matched us up with other people as they wanted full boatloads. But after 2 minutes Anthony went and harassed them a little and we were off, straight down the jetty with some others that they had quickly scrambled together. You can only imagine the chaos there, people were so confused and most had that stunned mullet look on their faces so it was great to get out. 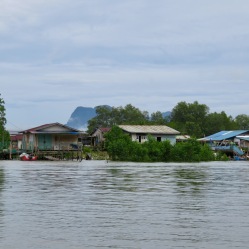 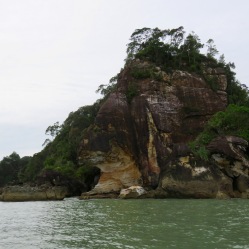 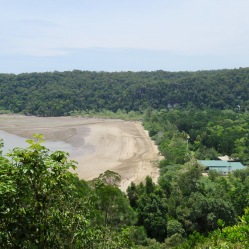 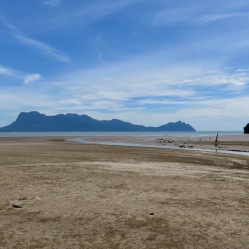 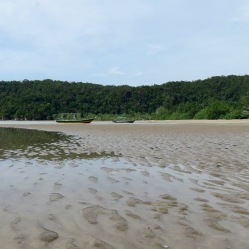 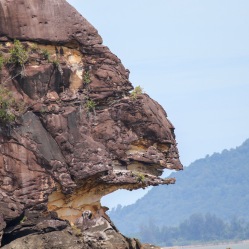 Bako National Park
The trip there was good, very fast little boats with twin 40 hsp outboards on the back . Too bumpy for videos though. When we arrived at the park we had to take our paper work to their office and then we were free.
We saw some silver leaf monkeys straight away and then the Bornean bearded pig so we got quite excited thinking we had finally found a National Park with wildlife, yahoo. So off we went on one of the trails picked for the birdlife…….we walked and walked , heard nothing, in fact it was deathly quiet. Next thing we are climbing up the side of a mountain back on those dreaded slippery tree roots and rocks again. After about 20 minutes of climbing, we were both drenched with sweat and still no sounds from the jungle and still a long way up that bloody mountain, so we bailed out to find an easier trail. There was only one cafe there so we had lunch early before the masses and chilled out a bit. This heat is really getting to us. We walked up another path and some people had seen a proboscis monkey on it high up in the trees. This path followed the cliffs along the beach. It was also climbing but we had something to look for now so we were very keen. It took a while but we heard them first, crashing around in the trees but couldn’t get a look because of the foliage in front and then after manoeuvring off the path and into the jungle a bit we could see the male and then after a while we spotted the female. They are quite a large primate and they are very hard to spot in the trees, it’s only because we heard them that we knew where to look. It’s hard to believe they’ve been squashed into this last place on the coast. They only live near the mangroves so they won’t be able to survive, they are critically endangered already and were still hunted for their meat not so long ago, very very sad.
It was fantastic to see them so it really made our day. The trip back was good too, the boats all pick you up from the beach at 3 pm, it was a tiring day. 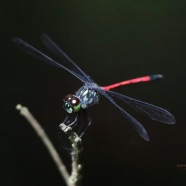 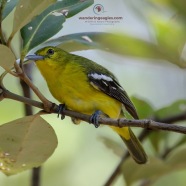 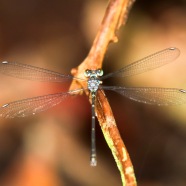 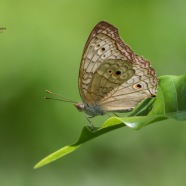 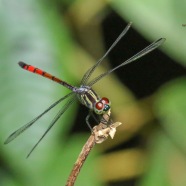 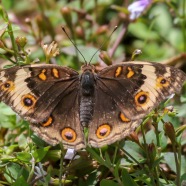 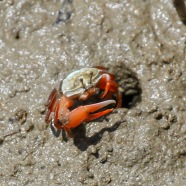 Click or press image for larger view
Today we went for a quick walk in the forest here, we did see some silver leaf monkeys but still no birds, had lunch instead at the Damai Resort on the beach, a very nice spot and a nice lunch. We relaxed around the pool till it cooled off enough to go for a quick drive to Buntal beach about 15 minutes drive as we heard they had a big walkway along the mangroves there. It was really nice and picturesque, the sun was setting, there were kingfishers and other birds around, a really nice spot. But best not to look around too much and see all the rubbish scattered among the mangroves, it’s just everywhere here. I don’t think they know what a beautiful country they have, it’s been hard to get away from the rubbish. 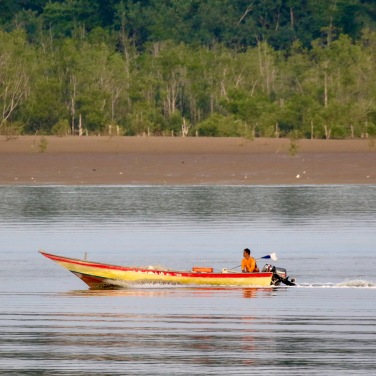 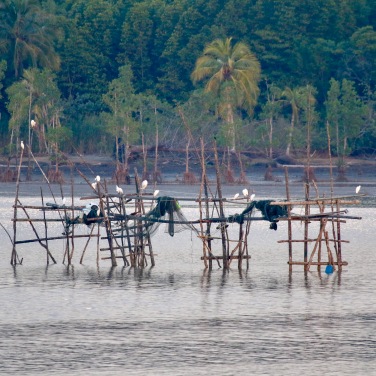 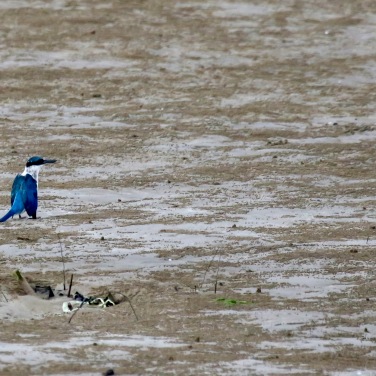 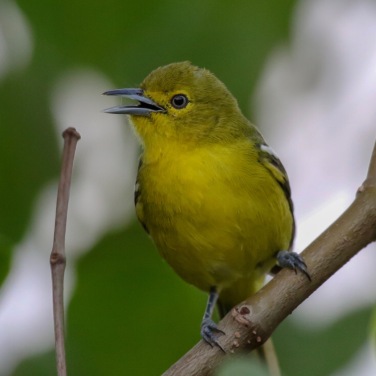 I did a little research because I was concerned about the lack of wildlife in the parks, I mean we are in the Bornean jungles, we were expecting a lot more mammals and birds, but it’s so quiet. They also have a cat problem, starving cats in the parks, you can only imagine what they are eating. I am convinced most of the prize animals are gone, there are still traditional hunters in the parks, and don’t forget most of the forests are wiped out by palm oil or heavily logged so the only place for wildlife is in the parks but they are not protected there. They also have a huge poaching problem, I won’t gabble on about it because I know the world is pretty much stuffed as far as nature is concerned but will include an interesting article I read from an Australian professor of ecology.
You can find the article here
This is our last night in Borneo, we had some amazing times seeing amazing wildlife, but doubt we will return.
Off to Malaysia tomorrow.
Bye for now Steph and Anthony. 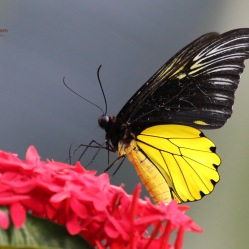 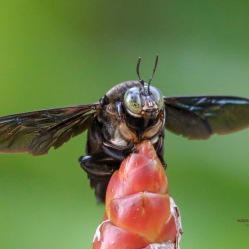 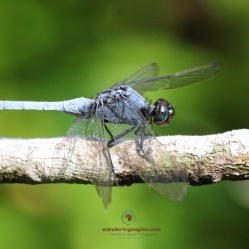 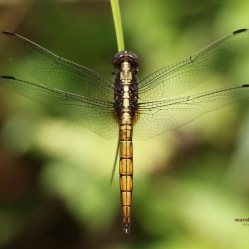 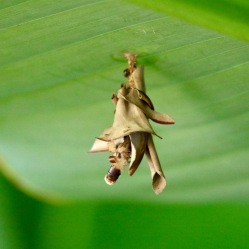 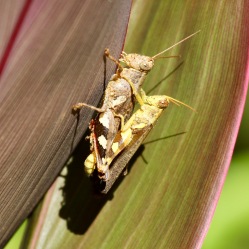 Some extra last day pics around our Digs